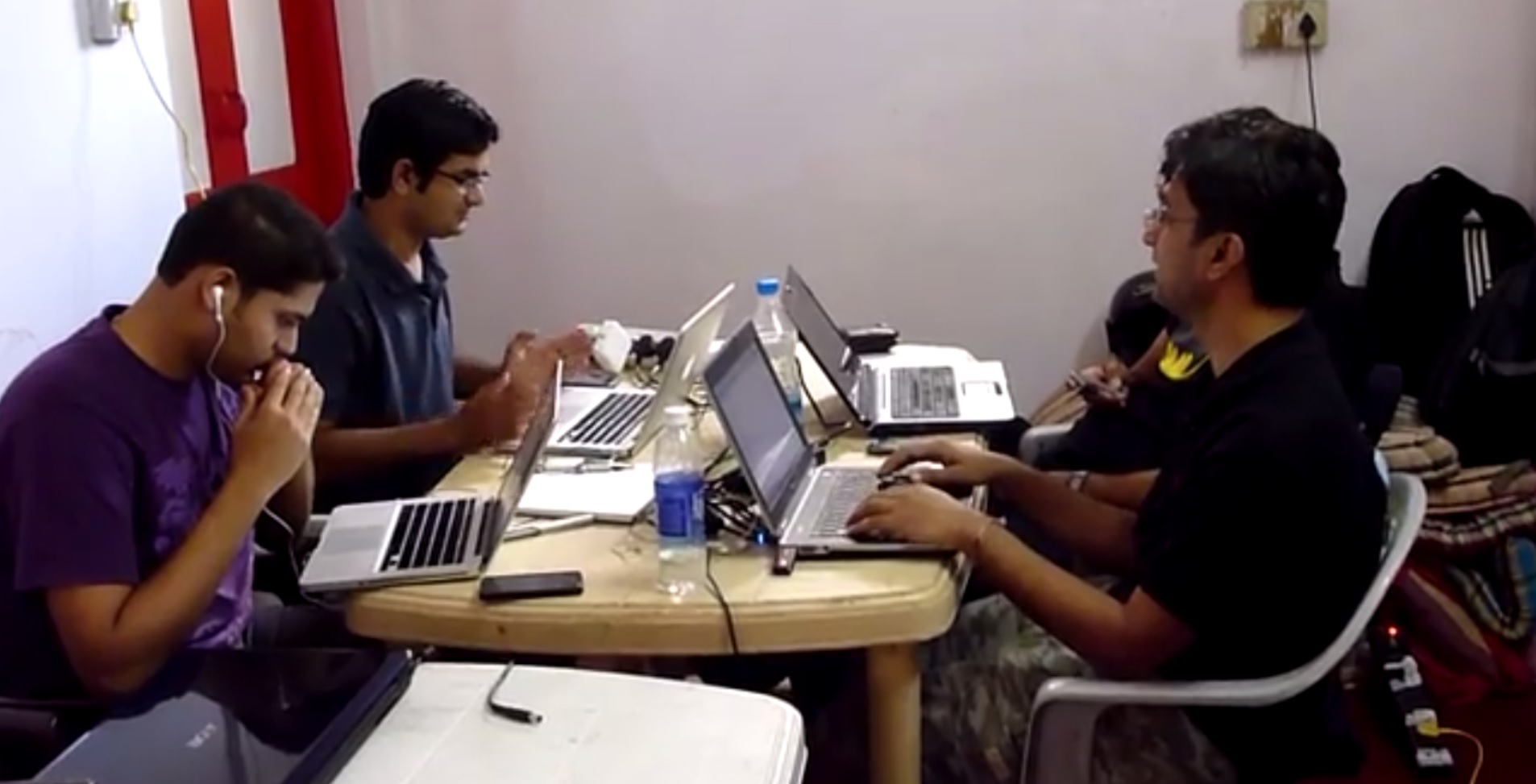 My documentary on coworking in India is finally OUT! When I traveled through India in 2011 and 2012, I spent most of my time in coworking- and coliving-spaces, such as the Hub Bombay (now called „Bombay Connect“), the Jaaga in Bangalore and Moonlighting.in in Delhi. Even before I started writing my book, I filmed what happened in these places and conducted interviews with the founders. I told them that I would edit the material as soon as I would be back in Austria, and that there will be a full-length movie on Coworking in India, urban nomadism and digital life in the 21st century. My sincere apologies: That was a bunch of bullshit.

Unfortunately, I procrastinated a lot when it came to editing the footage. Instead, I wrote a book, developed an app and organised an India-related barcamp. Now, finally, I decided to publish the videos – but not as a full-length movie. Instead, I simply combined the videos with some funky open-source music, uploaded them to youtube and merged them to a playlist. Also, I added some material provided by the coworking-spaces themselves.

The result is almost two hours of video material, which takes the viewer on a journey: From the crowded streets of Mumbai to a coworking space in Bandra, followed by the coliving-space „Jaaga“ in Bangalore, which is composed entirely of pallet racks, to a luxurious house in Delhi, called „Moonlighting.in“. The journey concludes in the mythical city of Varanasi. If I you ever wanted to learn something about working and living abroad, in a world without borders and limits, then these videos will inspire you. Additional information will be provided by the text block s below the videos – and if you’re still hungry for more information: Buy my book.

The advantage of a youtube-paylist is the fact that you can skip the boring parts if you want to do so. And that you can watch the videos anytime, anywhere – as long as you have a working internet connection. And: It’s free.

Just click the video below to start the playlist (or click here to go directly to YouTube) – and then, pack your bags to head for your own adventure!